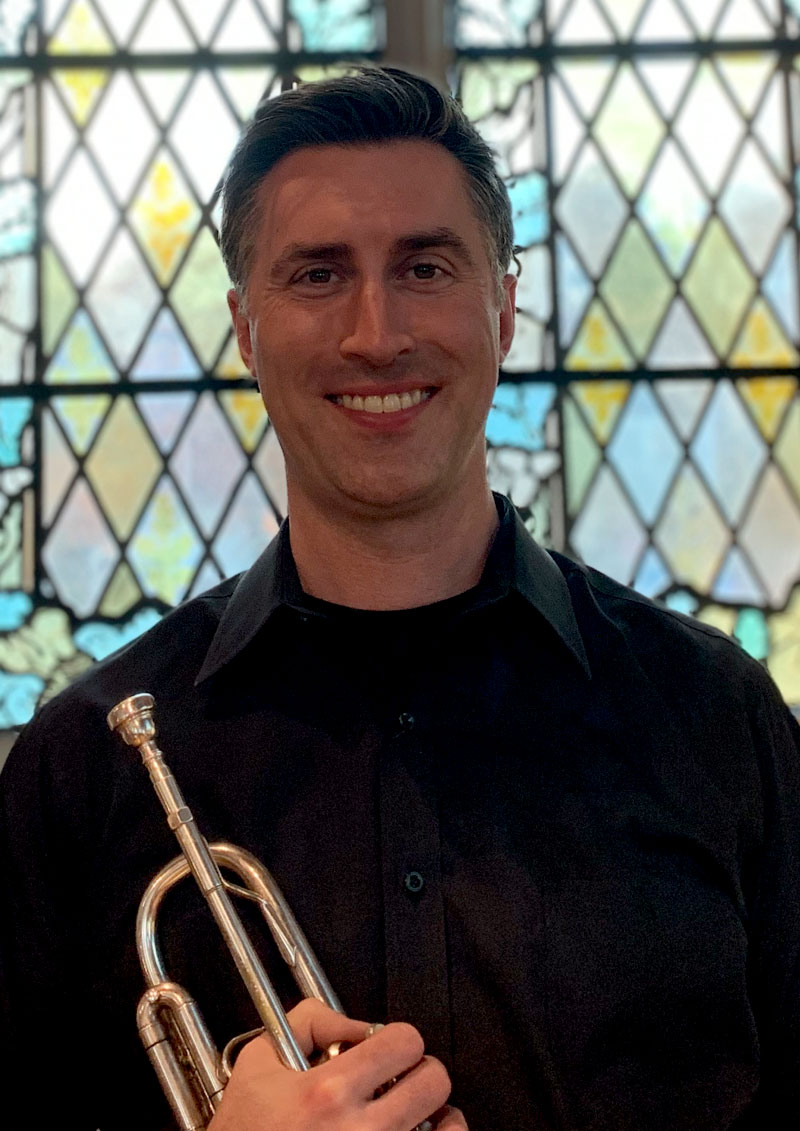 Matthew Repucci, a native of Topsfield, MA, holds a BM and MM in Trumpet Performance from the University of Connecticut and the University of Massachusetts. Additional post-grad studies include the Pacific Music Festival, Chosen Vale: Center for Advanced Musical Studies, and studies with Benjamin Wright, 2nd Trumpet of the Boston Symphony Orchestra, Jim Pandolfi, trumpet with the Metropolitan Opera, and Swedish trumpet soloist Håkan Hardenberger.

As a freelance trumpet player in the Greater Boston area, Mr. Repucci has performed with the Holiday Pops at Symphony Hall, the Esplanade Pops, and recently for the Opening Day Ring Ceremony for the Boston Red Sox and 4th of July Pops with the Portland Symphony. He is frequently called to play with ensembles in and around Boston. Recent performances include Principal trumpet with The New Philharmonia, The Atlantic Symphony, and the New England Conservatory Summer Conducting Symposium. Mr. Repucci is the Principal Trumpet of the Cape Ann Symphony and the North Shore Philharmonic and plays 2nd trumpet with the Melrose Symphony.

A dedicated advocate of the value of music in our schools, Mr. Repucci is the Band Director for the Melrose Public Schools where he teaches High School Concert Band, Jazz Band, Marching Band, and Middle School Band. 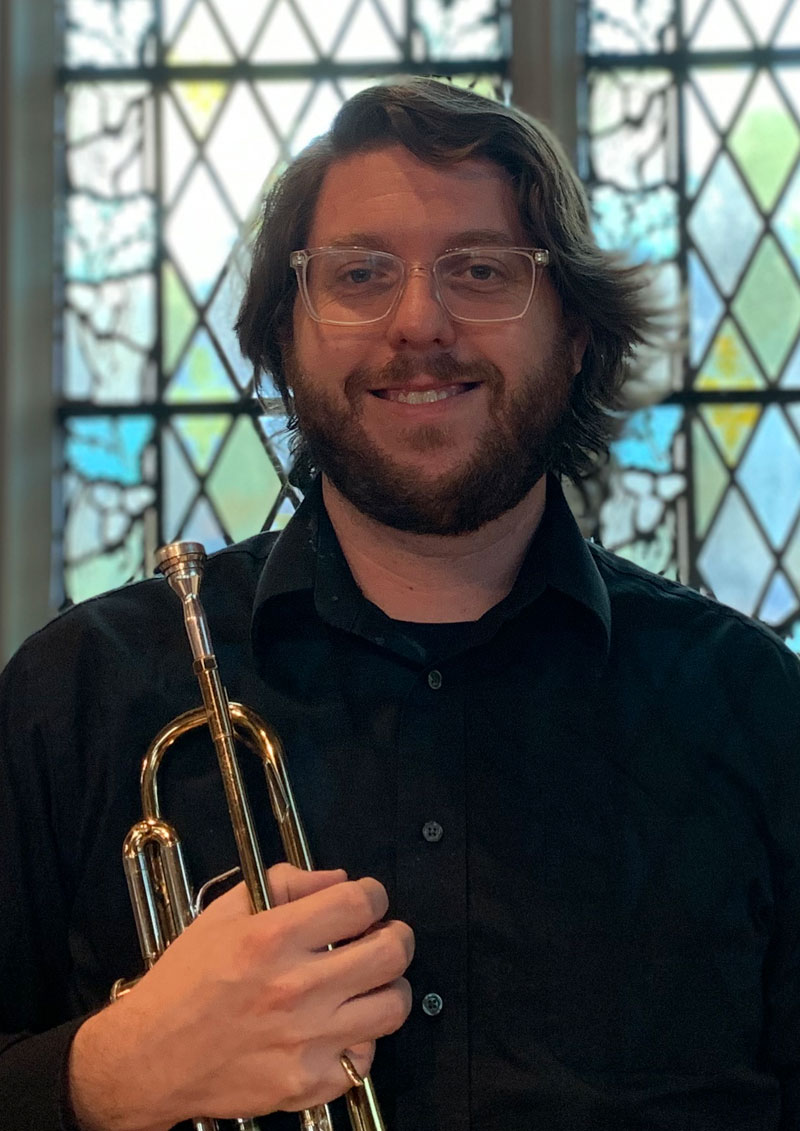 Dr. Ryan Noe is a freelance trumpeter throughout New England. Currently he holds the position of Principal Trumpet for the Glens Falls Symphony as well as Third Trumpet with the Cape Ann Symphony. As a chamber musician Dr. Noe is a member of the Fenway Quintet and has also performed with the Boston University Faculty Brass Quintet, the Bay View Brass, Bala Brass, and the Western Brass Quintet. As an orchestral musician he has performed with groups such as the Boston Pops!, Portland Symphony, Cape Symphony, Plymouth Philharmonic, New Bedford Symphony, Orchestra of Indian Hill, Alea III: Contemporary Music Ensemble, and the Commonwealth Lyric Theater. Dr. Noe holds his Doctor of Musical Arts and Master of Music degrees from Boston University and a Bachelor of Music from Western Michigan University. 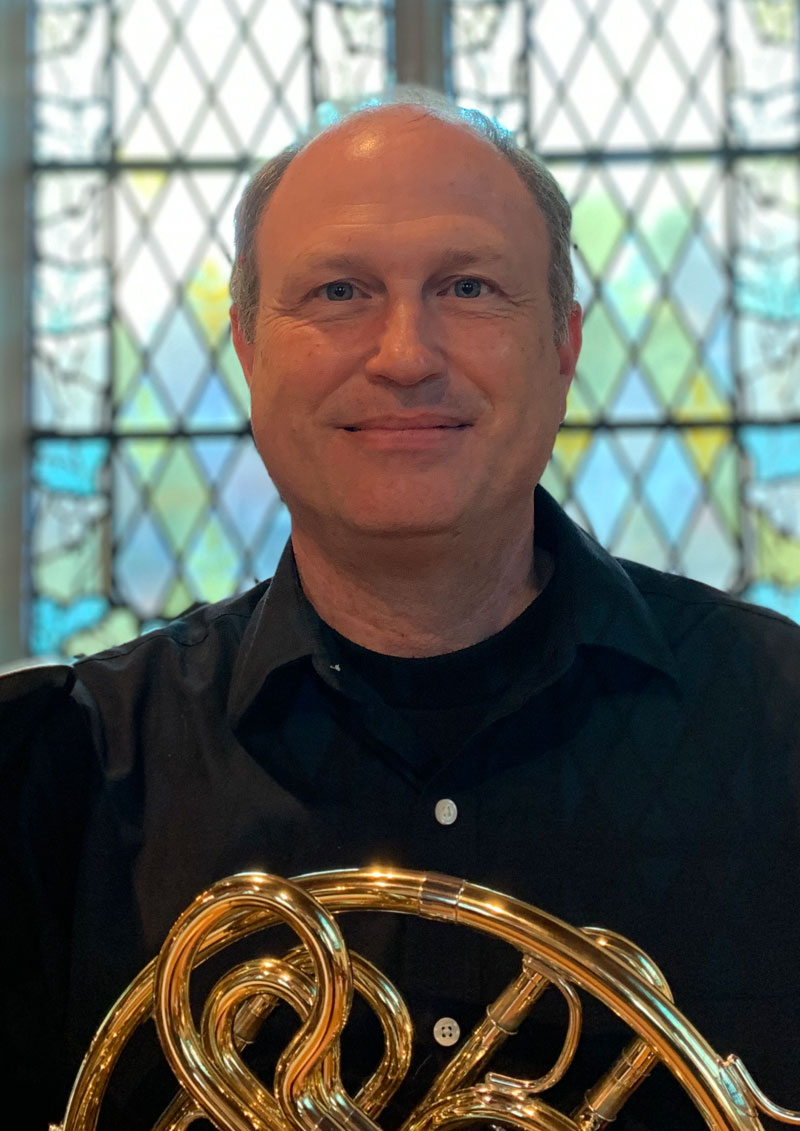 Earl Powers currently serves as Principal Horn with the Cape Ann Symphony and is also the orchestra’s Business Manager. A native of Kansas, Mr. Powers holds a Bachelor of Music degree from The Wichita State University and a Master of Music degree from the University of Cincinnati College-Conservatory of Music, with post-graduate studies at the Hochschule “Mozarteum” in Salzburg, Austria. His teachers include Dr. Nicholas Smith, Michael Hatfield and Josef Mayr. Mr. Powers is a member of the 215th Army Band “The Governor’s Own” in Fall River, MA and frequently performs with the Band’s Commonwealth Brass Quintet at the State House and for other high profile events around the Commonwealth.

Prior to moving to Massachusetts, Mr. Powers was Principal Horn in the United States Navy Band in Washington, D.C. As a member of the Navy Band, he participated in the 1997 and 2001 Presidential Inaugurations, performed in concert at Carnegie Hall and appeared frequently as soloist and clinician throughout the country, including at the Mid-West Band and Orchestra Clinic in Chicago, Ill., and the International Horn Workshop in Rochester, N.Y. 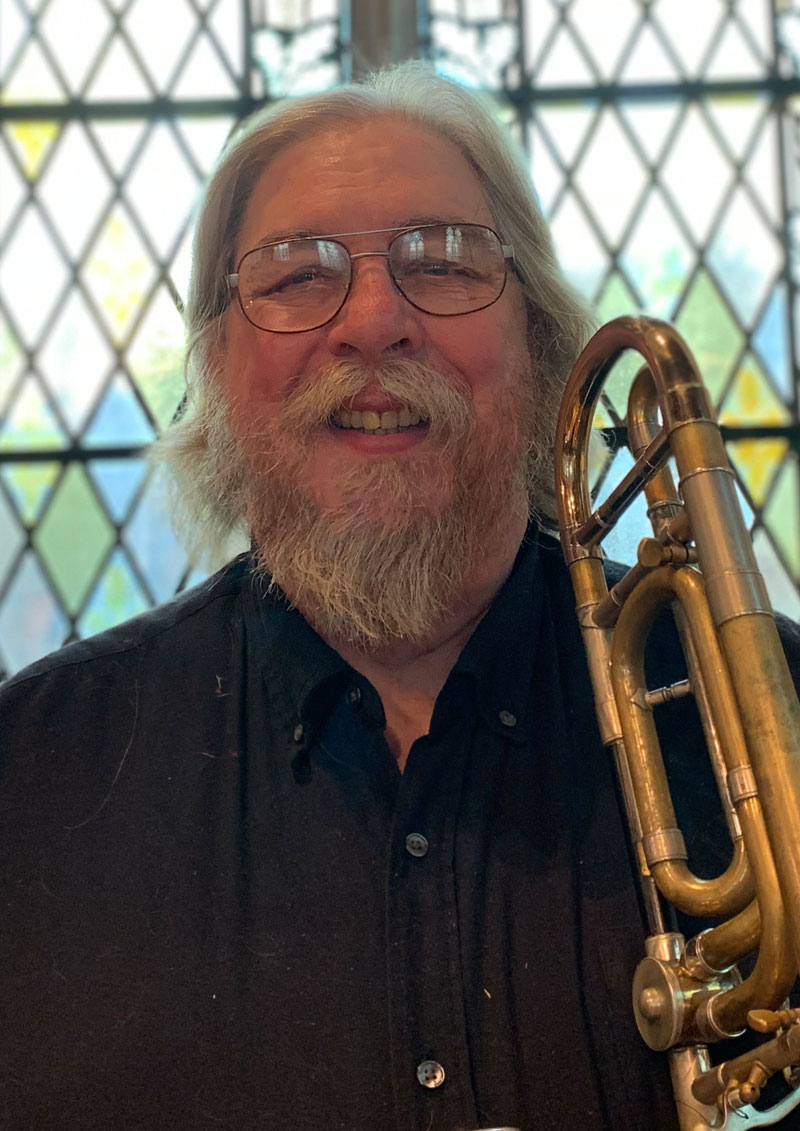 Daniel Walker plays Bass Trombone with the Cape Ann Symphony and has been a life-long proponent of the low end of the orchestra, starting in 5th grade when his mother realized that trombone rental was cheaper than saxophone. A graduate of the New England Conservatory of Music, he has performed extensively on the North Shore and in Boston. Mr. Walker joined the Cape Ann Symphony in 1982, and apart from a 2-year hiatus, has been a continuous member ever since. He has backed up many entertainers, including Jim Nabors, Robert Goulet, Rita Moreno, Myron Floren and Bobby Darin. Mr. Walker is also Principal Trombone for both the Salem (MA) Philharmonic and the Concord (MA) Orchestra.

Active as a chamber musician and jazz performer, Mr. Walker performs extensively with brass quintets, big bands and traditional jazz ensembles. He has appeared with the Blue Horizon Jazz Band, the Gene Krupa Orchestra, Jaki Byard and the Apollo Stompers, Quintessential Brass and the Happy Feet Dance Orchestra, among many others.

Mr. Walker resides in an idyllic money pit in Winchendon, MA with his wife Lucinda Ellert, Teddy the Cat, Jenny the Kitten, and 9 chickens. 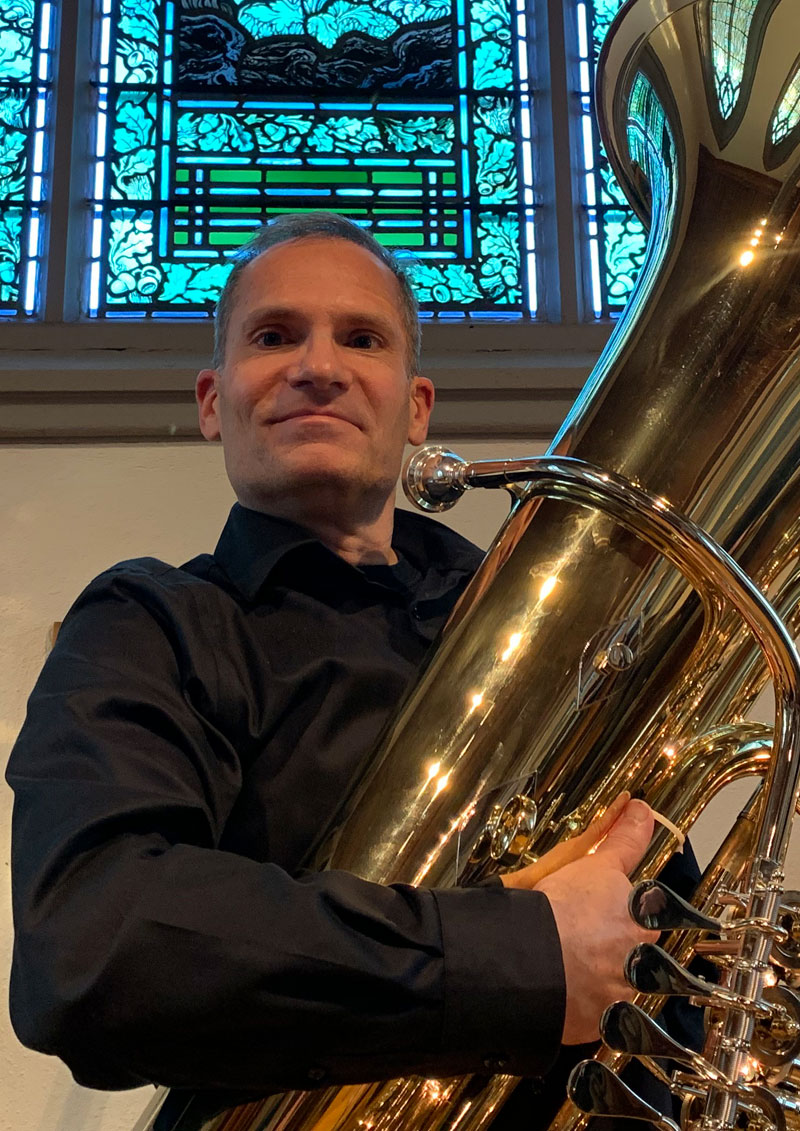 Rob Needs has been playing tuba for over 35 years. His experience varies widely; including community bands, brass ensembles, drum and bugle corps, and nearly 40 years serving in the 215th Army Band “The Governor’s Own” in Fall River, MA. As a member of the Band’s Commonwealth Brass Quintet he performs frequently at the State House and for other high profile events around the Commonwealth. He has traveled extensively with the 215th, performing on tour in such locations as Greece, Jamaica and Alaska among many others.

Mr. Needs is a versatile musician and also enjoys picking up a euphonium, French horn, trombone, or even a bass guitar on occasion. He is an IT support person and computer programmer by day, and a musician whenever the opportunity arises. 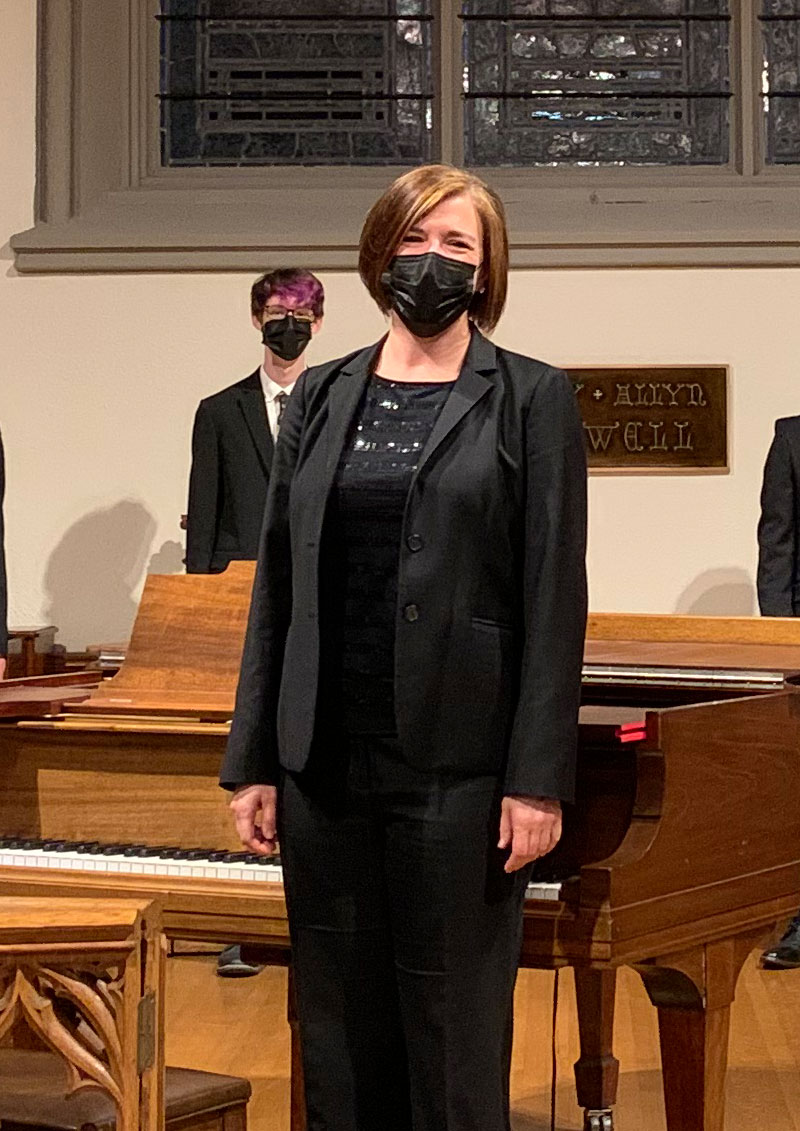 Abby Frost is serving in her fifth year as Director of Choirs at Ipswich High School, where she conducts three choirs, teaches class Voice, Guitar and Theory, serves as Music Director for the spring musical, and accompanies the middle school choruses. An experienced music and drama educator, Ms. Frost has taught at the middle, high school, community, and collegiate levels since 2003. She also serves as Choral Conductor for First Church in Wenham.

Ms. Frost has presented at the All-State Convention for the National Association for Music Education and for the Massachusetts chapter of ACDA, and she served as guest conductor and clinician for regional honor choirs across the East Coast. Ms. Frost has served on the Mass. ACDA State Board as Repertoire and Standards Chair for Middle School. Ms. Frost earned a dual music education/performance degree from Luther College (IA), an MM in Choral Conducting from the University of Arizona, and National Board Certification. A native Minnesotan, Ms. Frost lives in Ipswich. 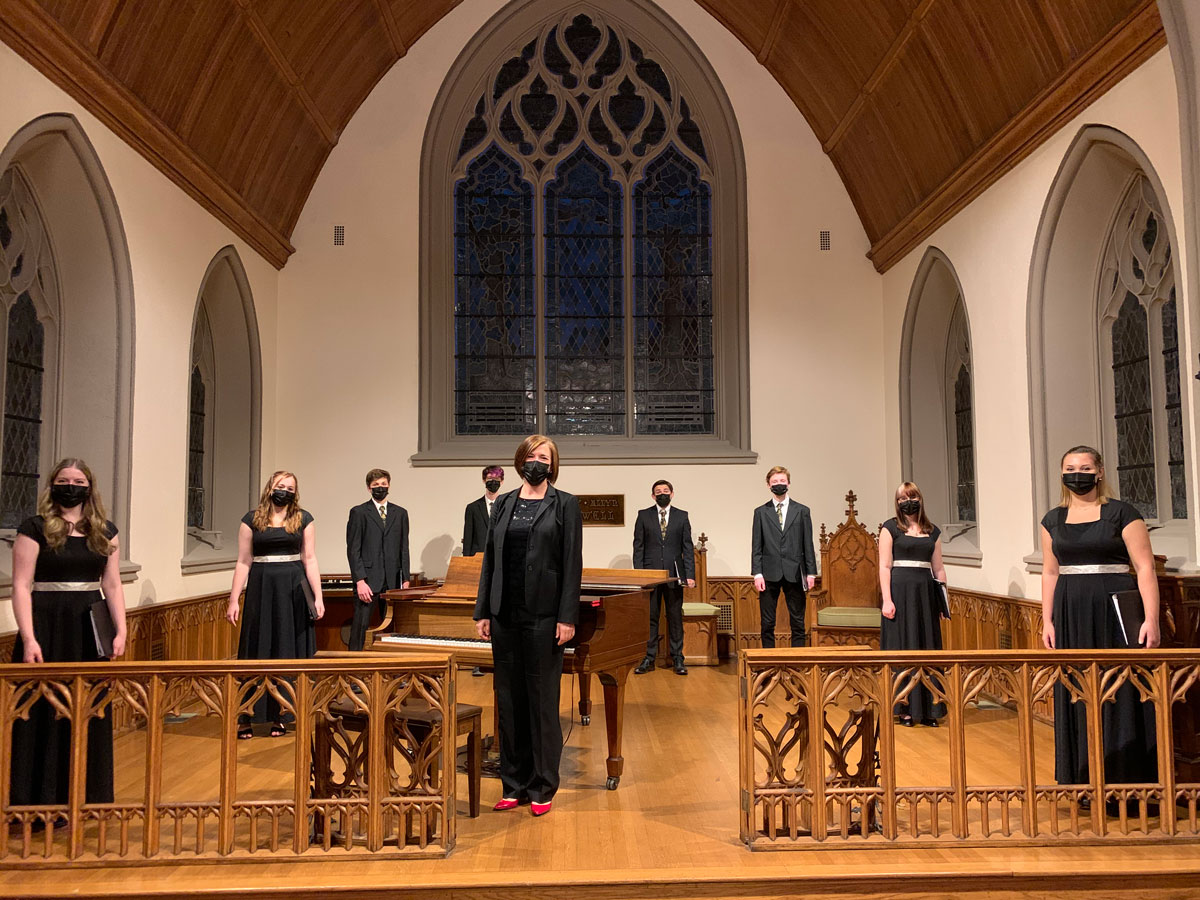 Ipswich High School’s Bel Canto and Chamber Singers are the two select vocal ensembles at Ipswich High School, drawn from the 75-member Concert Choir. These groups rehearse both during and after the school day on advanced repertoire. Both Bel Canto and Chamber Singers have earned silver and gold honors at the Massachusetts Instrumental and Choral Conductors Association competition. IHS Choral students are regularly selected to District and All-State Honor Choirs, including singers featured in this holiday video concert.