Meet The Board Members

A resident of Cape Ann for more than 40 years, Fran is a clinical microbiologist, who in 1989 founded MDC Associates, a consulting company located in Beverly, MA, and serving the Medical Diagnostic industry. As President of MDC, she has grown the company and currently employs 40 people. She has been very active in a variety of professional groups including: American Society of Microbiology, American Associate of Clinical Chemistry and International Congress of Antimicrobial and Chemotherapy. As a successful business woman, she brings additional business perspective to the board. An avid reader she belongs to the Magnolia Book Club. As a lover of music she has been a season ticket holder of the Boston Symphony Orchestra for many years and now of the Cape Ann Symphony.

Bob Ellis holds a degree in economics from Swarthmore College and a law degree from the University of Pennsylvania. He was a journalist with the Christian Science Monitor, editor of Skating Magazine and Executive Secretary of the United States Figure Skating Association. He and his wife Barbara owned and operated the Yankee Clipper Inn in Rockport for 35 years until they sold it in 2001. Ellis is the author of the home improvement book How To Buy and Install Floor Covering, Scribner’s, 1980. In 2008 he authored A Collision of Truths: A Life in Conflict With A Cherished Faith, iUniverse. Ellis has had a life long love of music, especially blue grass, jazz and classical. He has served many years on the CAS board and is a member of the Cape Ann Symphony Chorus. He also is chairman of the Symphony’s Artistic Committee and a member of the Marketing Committee.

Thomas (Tom) Mannle first attended the Cape Ann Symphony when he lived with his family in Gloucester from 1981 to 1993. During that time, Tom's son Ryan was a student (saxophone) of David Benjamin, the CAS Business Manager, at O’Maley Middle School.

The Mannles moved to the Washington, DC area in 1993, but always returned to Cape Ann for some part of the summer and for the Christmas holidays. Because Tom's consulting work can be done anywhere, they planned to move back to Cape Ann (truly "home"). Shortly after moving back in 2009, and Tom joined the Cape Ann Symphony Board. Tom and Ann both enjoy all varieties of music, including classical.

Tom is a graduate of the United States Military Academy at West Point, the Kennedy School of Government of Harvard University, and has been a health care consultant, particularly focused on the unique planning requirements of the federal Departments of Defense and Veterans Affairs, since the early 1990s.

John Bjorlie is a transplanted mid-westerner who was born and raised in Minnesota. One of six children, he learned to play the piano and trombone so that he could join in the family orchestra. He recalls attending concerts of the Minneapolis Symphony from an early age. Since moving to Gloucester some thirty years ago, he has been active in a variety of civic and cultural organizations, such as The Gloucester Civic and Garden Council, the Waterways Board of the City of Gloucester and three terms on the City Council. He is a lawyer with offices in Gloucester and specializes in litigation, real estate and probate work. He has been on the Board of the Symphony for some years, including four years as President, and is currently the Secretary of the organization. In addition, he is a member of the Cape Ann Symphony Chorus.

Hank has always enjoyed many types of music but became intimately involved with classical music when he married his wife, Wendy. She is a classically trained singer, as well as a trained organist and pianist and Hank has supported her efforts throughout their five relocations with the Dupont Company where Hank was a manufacturing manager. Born in Gloucester and raised in Beverly, they moved to Rockport 20 years ago, developing a vigorous music-filled life including formation of the musical group Share the Music through whose efforts monies are raised for various local charities, as well as for the Cape Ann Symphony. Hank provides business and back stage support for these efforts. Wendy is the director of The Cape Ann Symphony Chorus who perform at the Holiday Concert. Hank continues to be a consultant for Dupont, helping major global businesses learn how to manage their work forces in a way which prevents personal injuries as well as how to analyze and prevent process malfunctions thus avoiding catastrophic incidents.

Bill brings to the board a life-long love of all music, especially classical. In high school, he was student conductor of the pep and concert bands and first chair alto saxophone. Much later in life, and prior to joining the CAS board, Bill spent a dozen years as an Overseer and Governor of the Handel & Haydn Society, America’s oldest performing arts organization. He also served on the Rockport Chamber Music Festival Development Committee and participated in the early planning of the iconic Shalin Liu Performance Center.

A globally recognized authority on performance measures, business scorecards, innovation, research methodologies and Expectations Theory, Bill puts his Yale MBA to good use as a management consultant, business researcher and realtor. He heads Performance Measurement Associates, a Gloucester-based consulting firm, and is a founding senior partner of Promising Outcomes LLP, an international consultancy headquartered in the United Kingdom. He is also actively involved with his wife, Carole Sharoff, in her businesses, Atlantic Vacation Homes and AVH Realty, Inc.

In addition, he has chaired or been a member of many professional, cultural and educational committees and boards. Bill has served as chair of Career Collaborative, a Boston-based non-profit organization, and the Massachusetts Product Development Corporation, a state quasi-public body. Closer to home, he has been a Gloucester City Councilor and a long time chair of the Gloucester Plan 2001 Implementation Committee. He currently serves on the board of the Sawyer Free Library and is a member of the Cape Ann Chamber of Commerce Government Affairs Committee.

Lynne and her late husband, Abdullah, (Ab) have been dedicated and enthusiastic supporters of the Cape Ann Symphony since the 1970s. Lynne has served on the symphony Board of Directors for many years and is a past president. Although she took a break from service, she is happy to be back.

A 1957 graduate of the Rhode Island School of Design with a BFA in Painting, she was a knitwear/textile designer for Health-Tex in Providence and Alamac Knitting Mills in New York. Switching careers, she earned a master's degree in Moderate Special Needs and became a teacher and Case Manager at the Ralph B. O'Maley School in Gloucester for 17 years. Photography now holds her artistic interest and she is a member of the Rockport Art Association. Lynne also serves on the Patient Family Advisory Council of the Beverly Hospital.

All her life, Lynne has used her voice as her special instrument. She met her husband in a church choir and has sung with the Chorus North Shore for nearly fifty years. She also is a singer in the Cape Ann Symphony Chorus under the direction of Wendy Betts.

Jodi was born in Illinois, received her BS from Indiana University School of Business and her MBA from DePaul University, Chicago. She has over 30 years of international consumer marketing experience and prior to her retirement last year she was the Vice-President of Marketing at Gorton’s seafood. She is delighted to bring her passion for building brands and businesses to the Cape Ann Symphony. Jodi grew up playing the piano and singing in the A Cappella choir all through school, loves classical music and finds tinkering away at the piano a great form of relaxation. Jodi and her husband Brad have three children and live in Wenham.

John’s love of classical music dates back to his childhood when he first heard the Nutcracker Suite played by the Philadelphia Orchestra. Since then, he has enjoyed attending the symphonies in Boston, New York, and Washington D.C. as well as concerts in Eastern Europe. John and his wife, Christine, recently retired from their professions in the Washington D.C. area and moved back to the North Shore.  Shortly after their return, John and Christine attended their first Cape Ann Symphony performance; they were enthralled. They immediately became season ticket holders. Seeing that the symphony offered the Cape Ann community a truly wonderful treasure, John sought ways to support it. He responded to a call for volunteers and joined the Board in 2017. He currently serves on the Development Committee. John also supports of the work of the Alzheimer’s Association and was an active volunteer at the association’s Greater Capital Area Chapter before moving back to Massachusetts. John is an avid outdoorsman who enjoys skiing and sailing.

Lisa Watt-Bucci is a 13 year resident of beautiful Cape Ann, choosing to move from Medford, MA and now residing with her wife Hope in Manchester By-the-Sea. Lisa recently retired after 33 years of service at John Hancock and is committed to community service, serving on the Manchester 9-1-1 Dispatch Committee, the Manchester Cultural Council, the Fourth of July Committee and North Shore Pride, a non-profit organization providing education and advocacy on behalf of LGBTQ  persons on the North Shore. Lisa aspired to join the board of Cape Ann Symphony due to her love for the North Shore and her life-long love of classical music. Lisa is a residential and commercial real estate agent, part of the Hope & Lisa Team for Coldwell Banker, serving Cape Ann, North Shore and beyond.

In his early work career, Bob wrote and administrated US Department of Labor Jobs Programs for Action, Inc. in Gloucester. After over a decade of engineering work at Sylvania, General Electric, and United Shoe Machinery, Bob took over the family locksmith business, Whitmarsh Lock & Safe. He was the Chairman of the Massachusetts Locksmiths Association’s Education Program. Bob was an instructor at the Yankee Security Convention. He is a member of the Associated Locksmiths of America where he received a rating of Certified Professional Locksmith. Bob’s interest in Gloucester’s history and architecture led him to attend the Boston Architectural College where he received a Certification in Historic Preservation. He is a member of the Cape Ann Museum, Cape Ann Chamber of Commerce, City of Gloucester Downtown Development and Historical Commissions. The fondest memories Bob has from his years at Gloucester High School is when he practiced with the Gloucester High Band in the High School Auditorium on the same night as the Cape Ann Symphony, which had an important effect in shaping Bob’s interest in classical music. 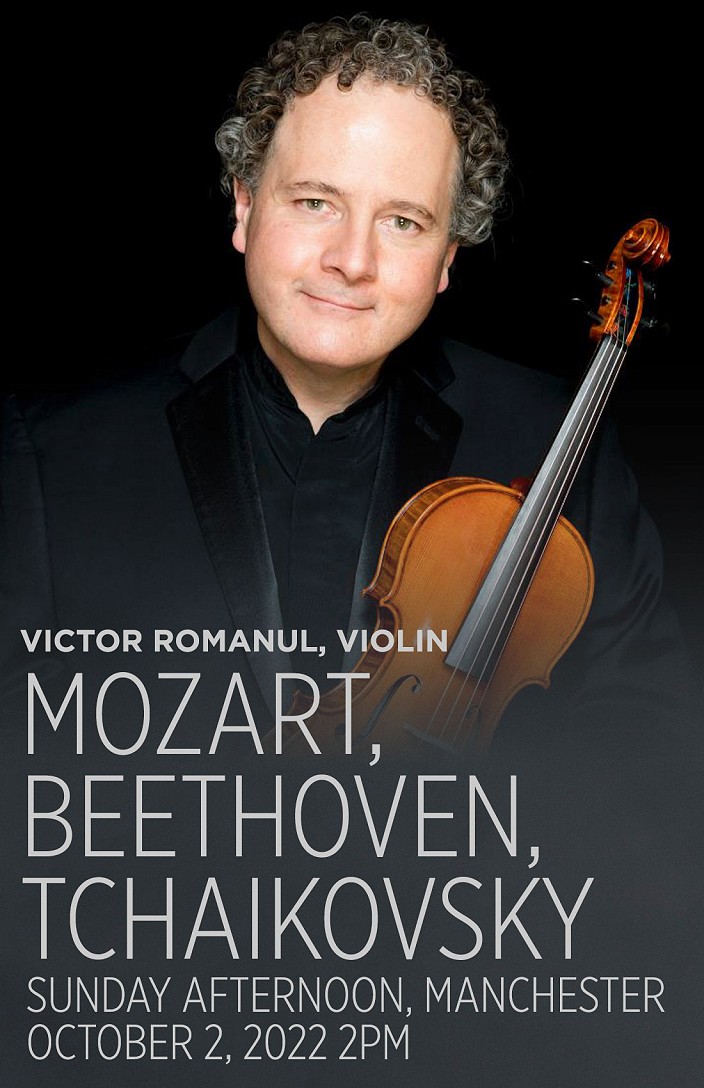 We are starting the 2022-23 Season with a celebration of music by Mozart, Beethoven and Tchaikovsky. The incredible virtuoso violinist Victor Romanul will be the featured soloist in Tchaikovsky's dramatic Violin Concerto. 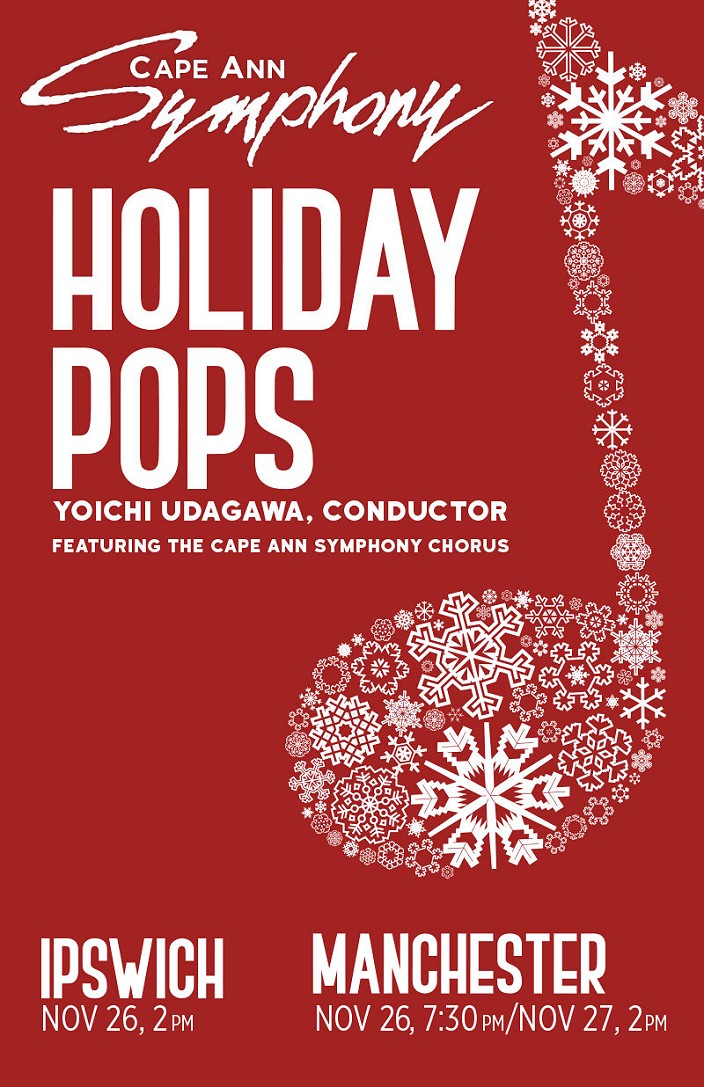 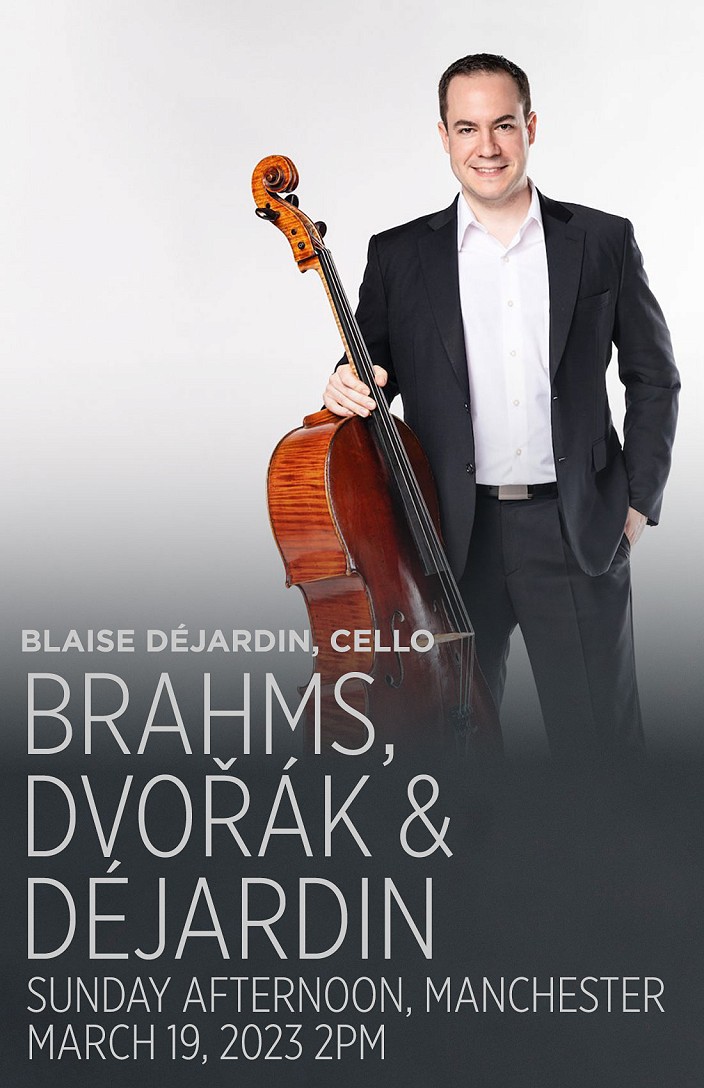 The concert will begin with the powerful Brahms Symphony No. 1 which he struggled for 14 years to complete. The program closes with Dvorak's gorgeous Cello Concerto featuring Blaise Déjardin, Principal Cellist of the Boston Symphony Orchestra. 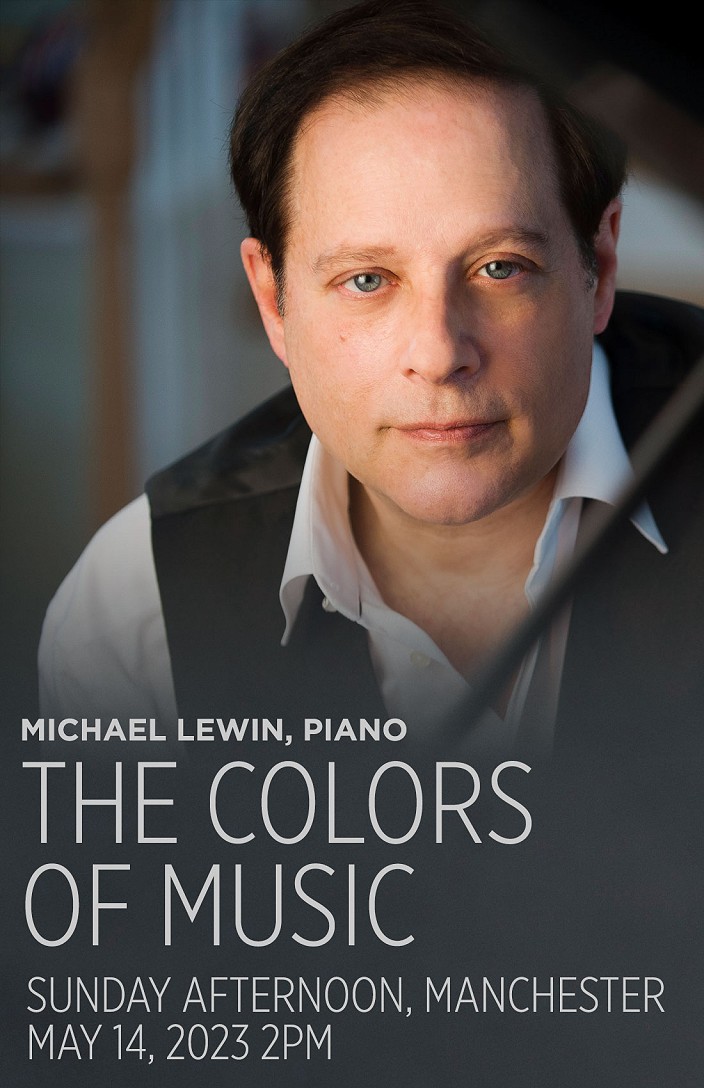 The Colors of Music

Presenting the joyous, fun filled music of Mozart's Overture to the Marriage of Figaro and Haydn's delightful "Clock" Symphony. We conclude with Brahms' incredibly powerful, yet lyrical Piano Concerto No. 1 featuring the incredible pianist Michael Lewin. If this doesn't bring everyone out of their seats nothing will.